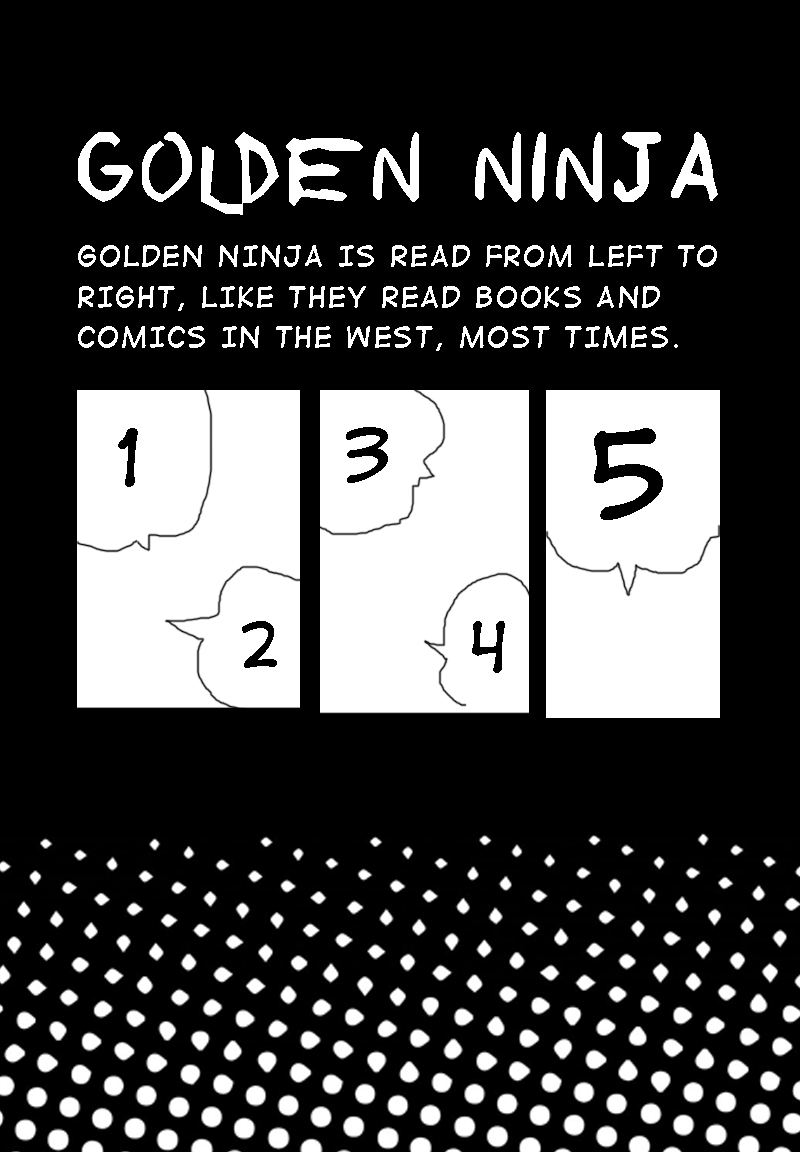 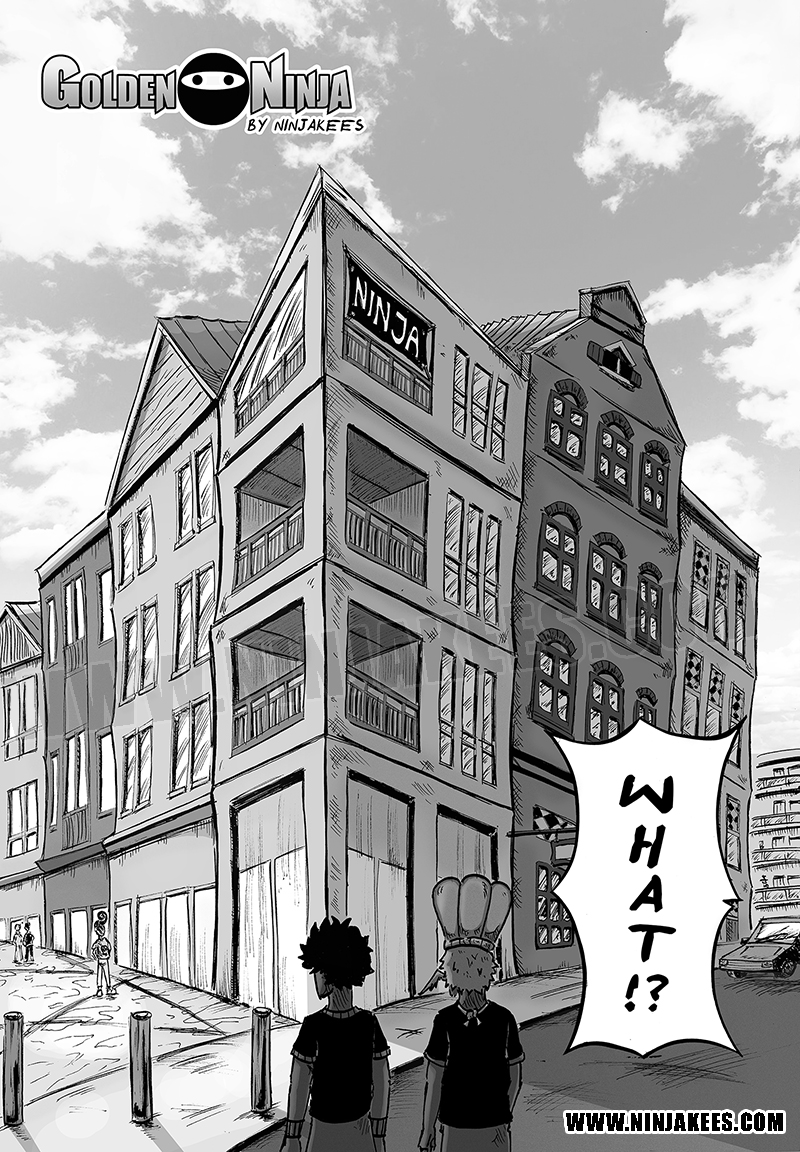 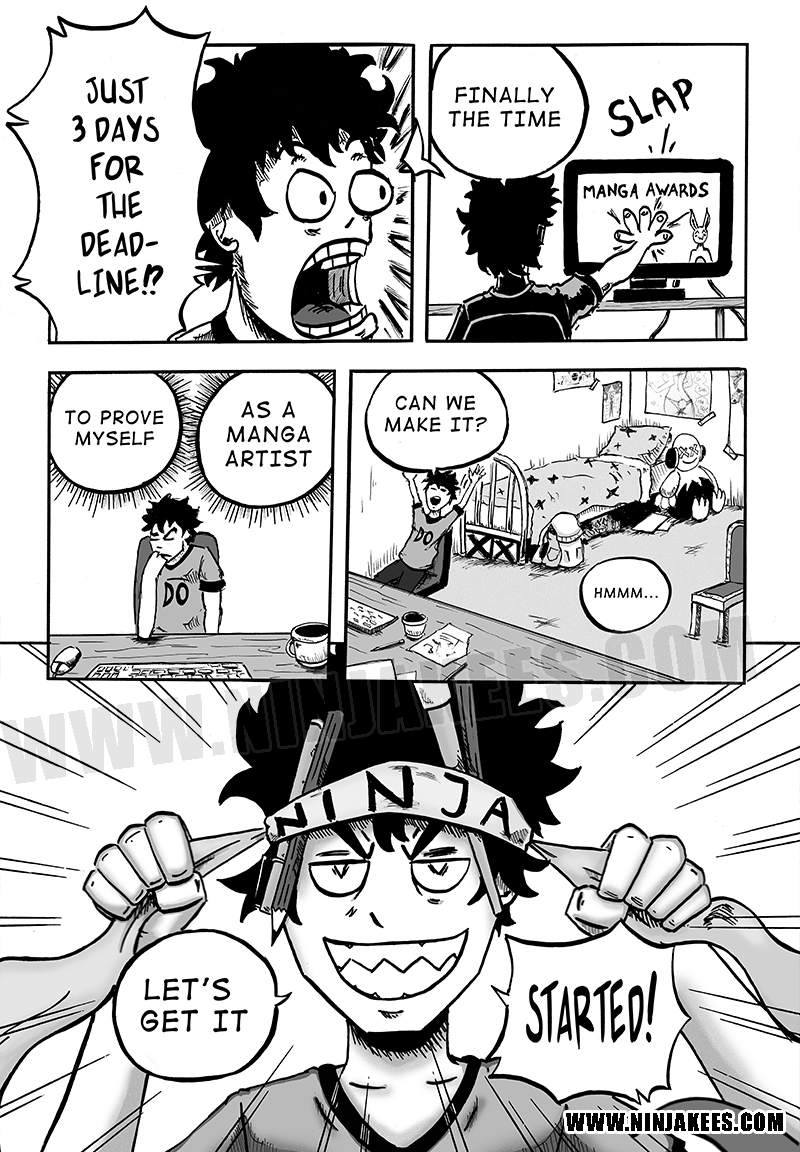 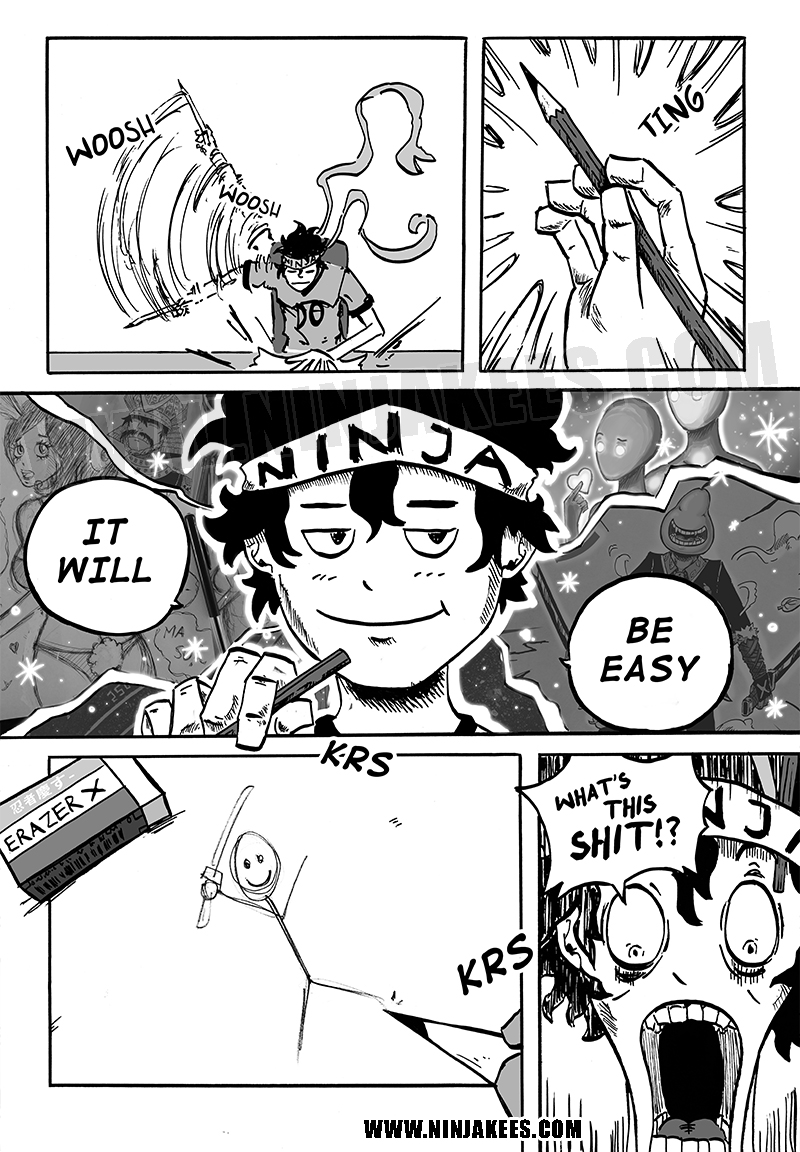 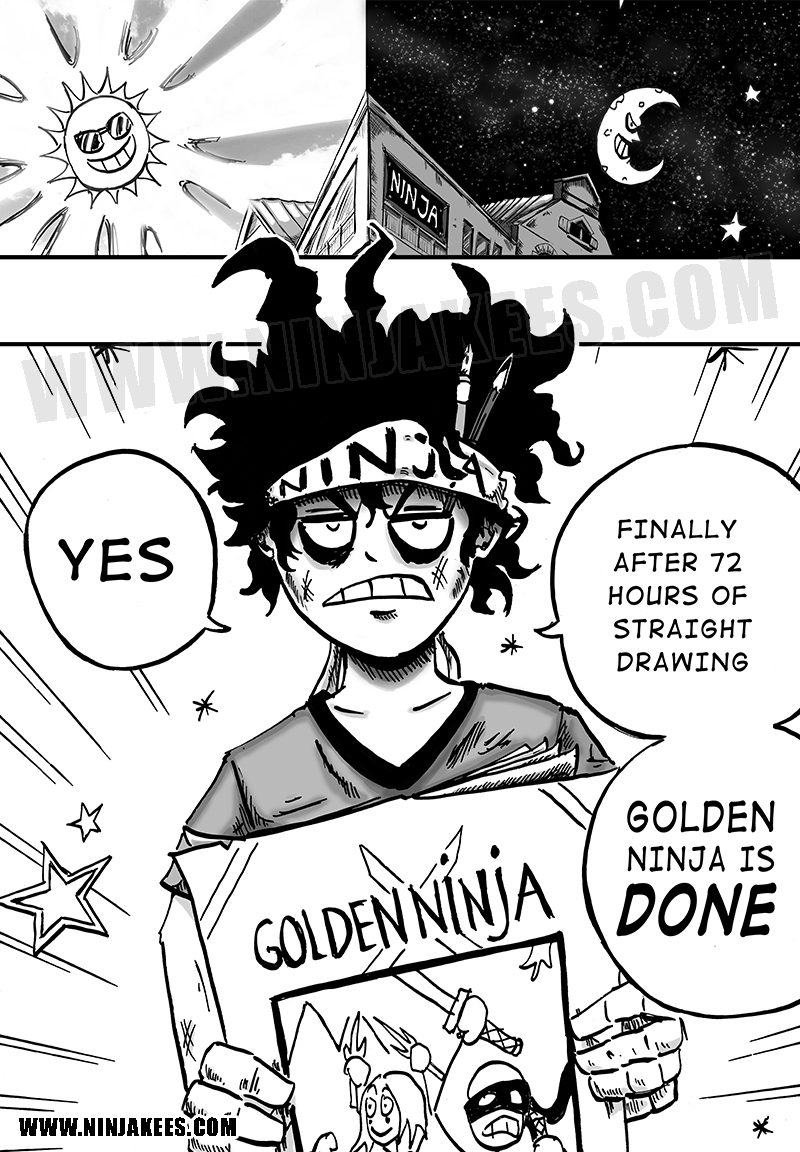 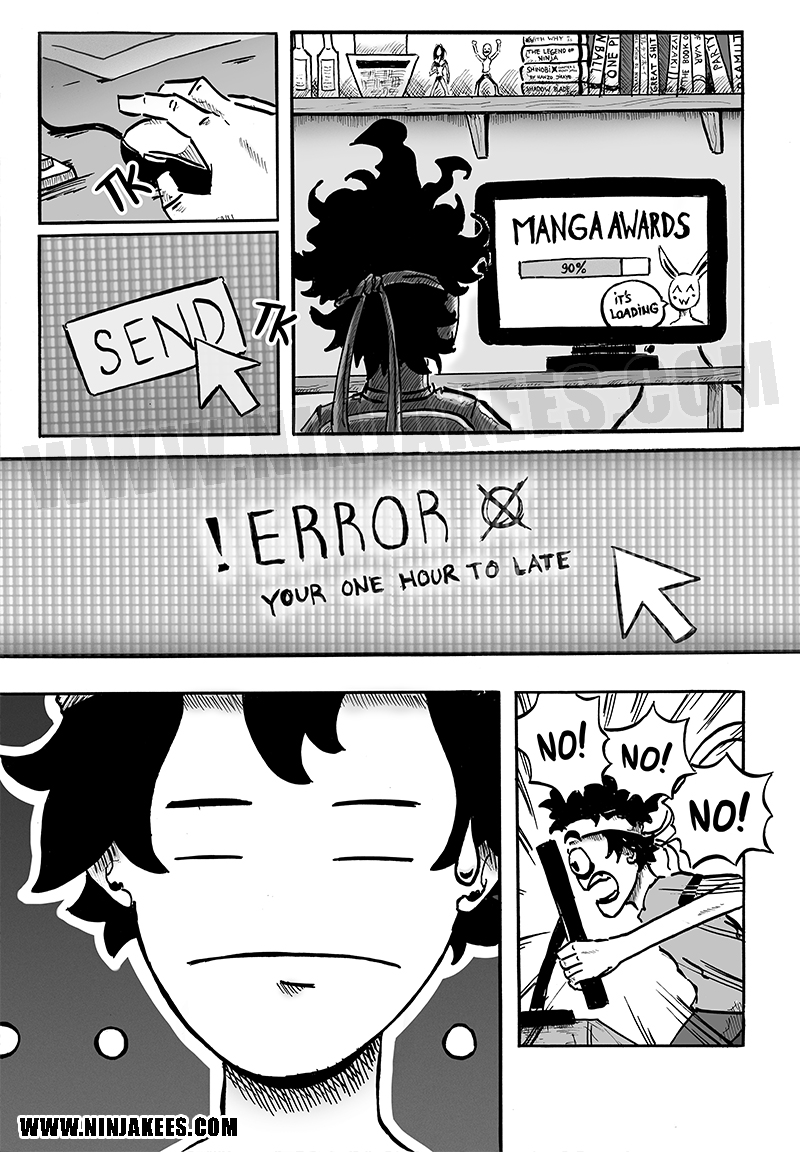 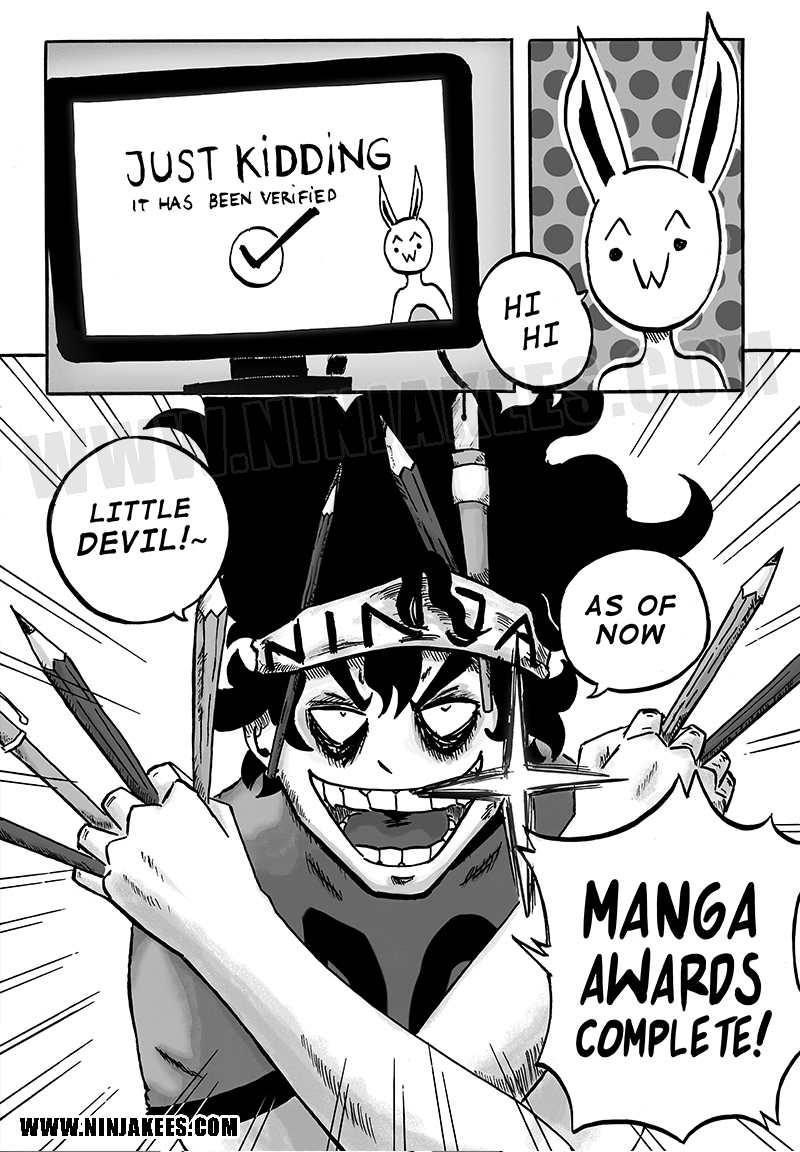 This was my entry of the 2017s Dutch Manga Awards!
It didn’t make it to the top 5 though, was a little sad i couldn’t meet my rivals in this competition, in the finals. Was happy that they did make the top 5, was also happy that i entered the contest and still have this little short story to show you Ninjas!

How did you come up with this story?
Well, for me, it is still hard to make up short stories, so i wanted it to keep it simple. Then i thought, why not make it about manga making, like Bakuman (a manga/anime about manga making) but then ala Ninjakees, with my own input. Then later heard from a fellow ninja m8, that what i am doing, is satire. Didn’t know what it was, then i learned from him what is means. Google translate says this when i type satire “the use of humor, irony, exaggeration, or ridicule to expose and criticize people’s stupidity or vices, particularly in the context of contemporary politics and other topical issues.”, so drawing something, what i am actually doing at the moment, but then in a fantasy land, in a fiction of my imagination.

How did you make this story?
At first i go sketching the storyboard, i believe that that has to be right from the start, before even going up to the rest of it. Then later inking with the G-pen and some black ink. After that toning and texting digitally in Photoshop. That is mostly how i go about it. Also in this piece experimenting with different types of toning, which i used to not do. Mostly kept it simple with gray-scale for my manga’s without adding more layers to the toning of it, to get this certain look, which you can see in other Shonen manga’s like Dragonball and One Piece.